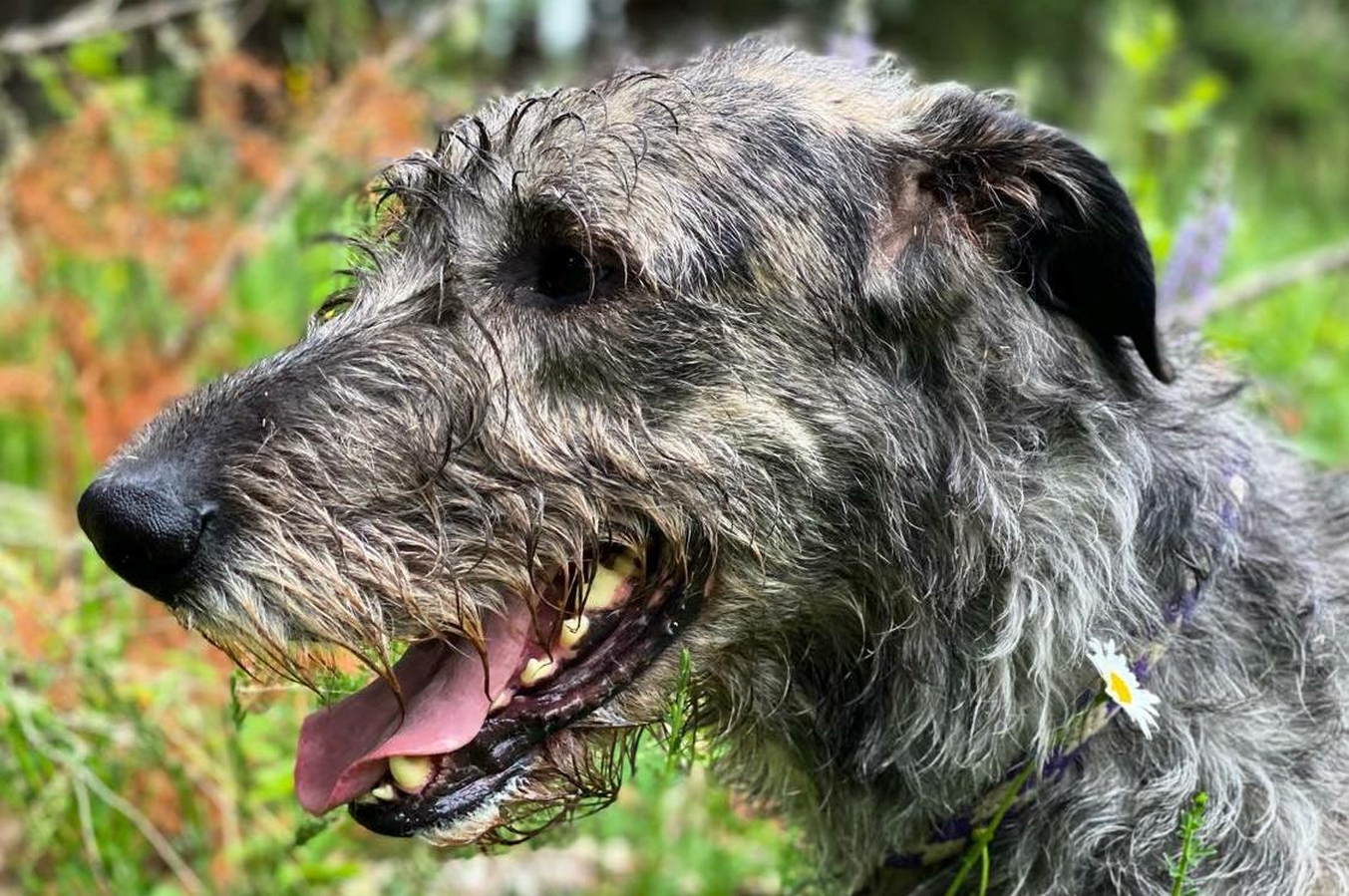 What is liver shunt?

Liver shunt is a condition that affects about 2% of wolfhound puppies and reputable breeders usually test for shunt at about nine weeks. After birth, a malfunction in the development of the puppy circulatory system allows some blood to bypass the liver and waste products, including ammonia, build up in the blood. Symptoms are weight loss, a coat with upright hair, apathy and brain damage leading to circling, apparent blindness and seizures. The onset of these symptoms is affected by various factors such as diet and the severity of the shunt (degree of bypass) and may only become apparent once the pup is in its new home. In South Africa liver shunt has been corrected surgically at least twice (and at significant cost) but puppies with liver shunt are usually euthanized. http://www.cornovi-iw.co.uk/livershunt_page.htm

Puppy Paralysis or FCE (Fibrocartilagenous Embolism) affects a small minority of Irish Wolfhound puppies and may be hereditary. It typically occurs between the ages of eight and sixteen weeks. The puppy suddenly loses the use of its hind legs due to an embolism in its spinal cord. If the puppy receives prompt veterinary attention, within about three hours, the administration of a steroid and anti-inflammatoriy greatly aids recovery.  Once initial recovery has been achieved, physiotherapy, acupuncture and extended hydrotherapy (“doggy paddle”) usually allows a near complete recovery. The condition occurs in wolfhound puppies, older dogs in other breeds and humans. Relatively few vets have encountered it. Since time is of the essence for successful treatment a wise owner will draw attention to the possibility of FCE. It is a good idea to check if your vet knows about FCE early on.

Hounds that have had FCE should not be used for breeding.

Although easier said than done with a wriggling puppy, potential owners should check the puppies bite which should be a “scissor bite” (the top teeth nestle neatly against the lower teeth) or, at worst, “level” (the upper and lower teeth touch). A small minority of puppies have an overshot or undershot bite where the upper teeth are respectively materially further forward or behind the lower teeth. Apart from being unsightly a, say, overshot bite has the effect that the lower canines create painful holes in the gums of the upper palette. Sometimes the condition will correct itself as the puppy grows or when the adult teeth appear. Often the condition will not correct itself so it is advisable to get an objective opinion from a vet. Orthodentistry is a possibility or the offending canines can be removed. An overshot or undershot bite is considered a fault when showing. If possible, also check the dam and sires bite.

What is Hip and Elbow Dysplasia?

Hip dysplasia and elbow dysplasia (HD & ED) are conditions where joints are malformed because of hereditary factors, over-exercise when young or overfeeding. The condition is infrequent in wolfhounds but is usually severe when it is present and causes the animal great pain. Because of the hereditary component of HD & ED most reputable breeders will X-ray their adult animals prior to breeding them and their HD and ED scores become part of their registered pedigree name. The FCI scale for hip dysplasia is shown below.

KUSA has no mandatory rules on parental hip dysplasia and puppy registration for Irish Wolfhounds in South Africa but does for other breeds such as the Rottweiler.

When considering buying a puppy it is reasonable to request the breeder to provide the sire and dams HD and ED ratings and/or their 5-generation pedigree.

The size of a wolfhound places strain upon the heart and some heart conditions are hereditary. Ideally, hearts should be checked yearly. It is reasonable for a buyer to expect the breeder to have had both parent’s hearts evaluated at the same time that they were tested for HD and ED and to have a veterinary report on whether the heart is clear, or not, of any cardiac abnormality.

The Irish Wolfhound’s deep chest causes the stomach to sometimes twist and form a constriction like the link between two sausages. This causes gas to build up and inflate the abdomen. Unattended torsion is fatal and, in treating it, time is of the essence. Rapid veterinary attention and surgery is required after which the animal usually recovers fully but torsion can reoccur. Torsion can occur as a result of stress or boisterous play before or after a meal. The symptoms of torsion are that the dog becomes uncharacteristically restless and has a taught abdomen. http://www.iwhealthgroup.co.uk/bloat.html

Wolfhounds, like other giant breeds, do not live as long as smaller dogs although, probably as a result of the availability of better diets and better medical care, life expectancy does seem to be improving. Eight years used to be considered “a good innings” but is now unexceptional. Wolfhounds now regularly reach ten years.

Wolfhounds can get the same illnesses as any other dog. Their fast rate of growth from puppyhood places strain on their skeleton and bone cancer in the legs is unfortunately quite common but can be treated if diagnosed early enough. The cause of even minor limping should be carefully established.

As wolfhounds reach great age the nerves in their spine tend to degenerate and they lose control of their rear legs. Acupuncture can relieve this condition.

Before any surgery you should check that the vet is aware that wolfhounds require less anaesthetic per unit weight than other dogs. This is a problem experienced by all sighthounds stemming from their fat to muscle ratio which affects the removal of the drug from their systems.

An excellent source of information on issues affecting wolfhound health is the Irish Wolfhound Health Group based in the UK http://www.iwhealthgroup.co.uk/